The ancient Greeks (yep, them!) spent ages trying to work out how to anaesthetise people. But it wasn’t until the late 19th century that someone came up with an idea for how to actually go about it. Operations were rare before that, mostly because they were so painful. But operating on people became more common when putting them to sleep first became possible. The most common way to anaesthetise someone was to allow them to breathe in an anaesthetic gas.

The two most common things people are afraid of when it comes to anaesthetics are interlinked – but they’re actually opposites of one another. The first: what if I never wake up again! And the second: what if I wake up during the operation! There are many tales online from people who woke up during operation, but if you take a closer look you’ll quickly see that these are often fairly old stories. We have some fantastic methods nowadays when it comes to making you go to sleep and keeping an eye on you, which makes it more or less impossible for you to wake up during your operation. Drugs, equipment and procedures are improving all the time – and being put under anaesthetic has never been as safe as it is now! The person who monitors your anaesthetic will make sure you’re anaesthetised by just the right amount the whole time. You’ll be constantly given a regular flow of substances that will keep you asleep and ensure you experience no pain. When your operation is over, the substance that keeps you asleep is withdrawn and you’ll wake up again. So you will wake up, but only when it’s time for you to do so.

Many people who are put under anaesthetic don’t like the feeling of losing control and not being able to influence it. And that goes for what happens in the operating theatre and elsewhere. It’s horrible to miss a message or not be able to check your account. Have a think about how this feels for you. There are no right or wrong answers. This sensation of discomfort will frequently pass, or at least decline if you can identify what’s troubling you. By all means, have a chat to someone about it – this usually helps to make you feel even better! 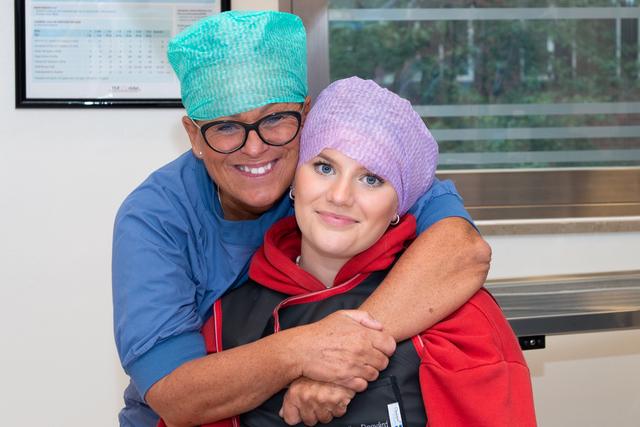 And remember, you can surf the Net to your heart’s content as soon you’re awake. It’s a good idea to keep yourself occupied at that time and give yourself something else to think about!

Do you have questions? Do you want to tell, chat or just check out what others who have been in the same situation thought and felt? ** Check out our channels on social media. If you have any questions that you’d like to ask us directly, you’re always welcome to send an email to: